… This word has so many translations "Death vine", "vine of the dead", "spirit vine" or "vine of the souls". Even the famous travelers and researchers indulge in misquoting the name in order to go all mysterious. Funny enough, I came across one Polish interpretation where ayahuasca was called "connecting with spirits" and explanation that it symbolises the navel cord connecting the physical world with the spiritual world. 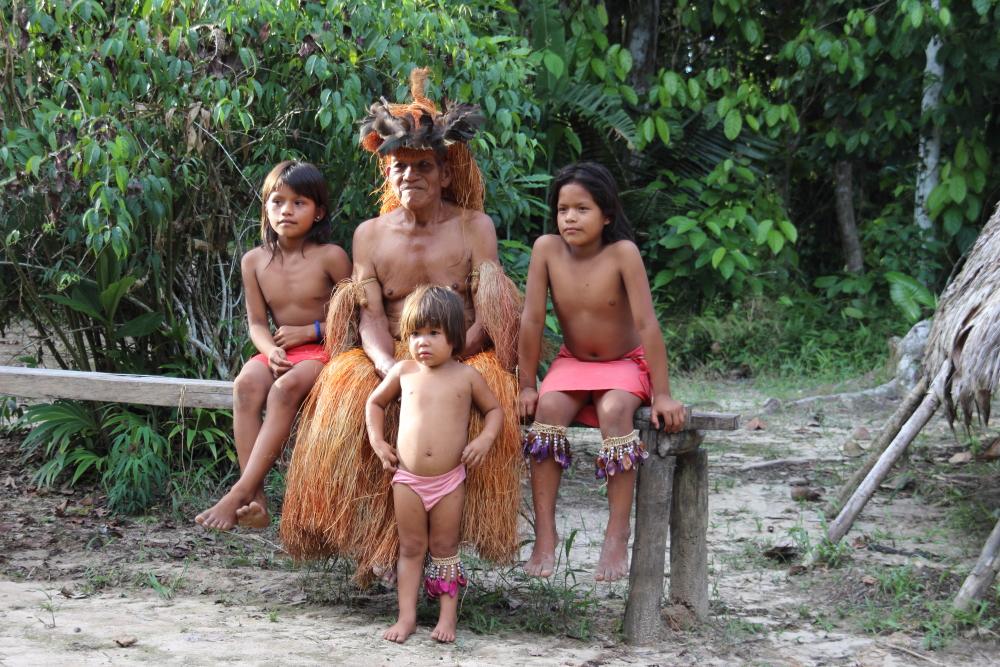 Ayahuasca - the plant and the brew is known to almost all Indian tribes of the Amazonian Selva. It has an amazing feature of producing a vision as it - speaking in a language of a "white man" - contains the powerful hallucinogenic alkaloids. The word ayahuasca is a composite of two Quechua words: aya meaning “spirit”, “soul” or “ancestor” - the Indians use it to describe the souls of dead wandering in the Selva. Sometimes they are evil, sometimes they are good. The second word huasca means “vine” or “rope” - hence it is known as “the vine of souls”. Today we will drink the brew made of the "vine of the dead" and see the powerful spirits of the jungles that will visit us.

The brew is made from ayahuasca vine known as Banisteriopsis caapi among the botanists. It is the most popular of all so called "sacred" plants of the South American Indians. Sections of Banisteriopsis caapi vine are macerated and boiled alone or with leaves from any of a number of other plants. This brew allows the shaman to contact the "ancestors" or "helping spirits" directly and have visions during initiations. This is a usual case with the young men from the tribe of head-hunters - the Achuar and Shiviar Indians. These two tribes call ayahuasca - "natem". In other places, for example, in some regions of Peru this plant is called "caapi", while the Columbians call it yagé or yajé.

Hallucinogenic action of this vine is connected with harmaline and harmine contained in the brew. These alkaloids were known under the common name of "telepathine" due to the stimulation of "Extrasensory" perception. This substance evokes the feelings of an aerial journey, perception of the most gorgeous views in most people - both the Indians and "whites".

Where you can try Ayahuasca?

In order to participate in the ceremony you need to find a shaman willing to perform the session.

One of the Amazonian Tours includes the participation in Ayahuasca ceremony.