Things to do in Peru

Peru is the third largest Country in South America. It's twice as big as France! A remarkable feature of this Country is that it has three different climatic zones, which ensure a large variety of landscapes, flora, and fauna.

The Costa is bound by the Pacific Ocean on the west of the country – made up of a strip of desert-like land.

The Sierra is located to the east of the Costa, in the central part of the country, and dominated by the mountains of the Andes; it features deep valleys, snow-capped peaks, and large plateaus in the Andian highlands (the highest peak – 6788 m (22270.34 ft)).

The Sierra is followed by the Selva – a humid tropical forest (Amazon lowlands) that covers the biggest part of Peru.

It is very difficult to say which of these natural zones are the most interesting. 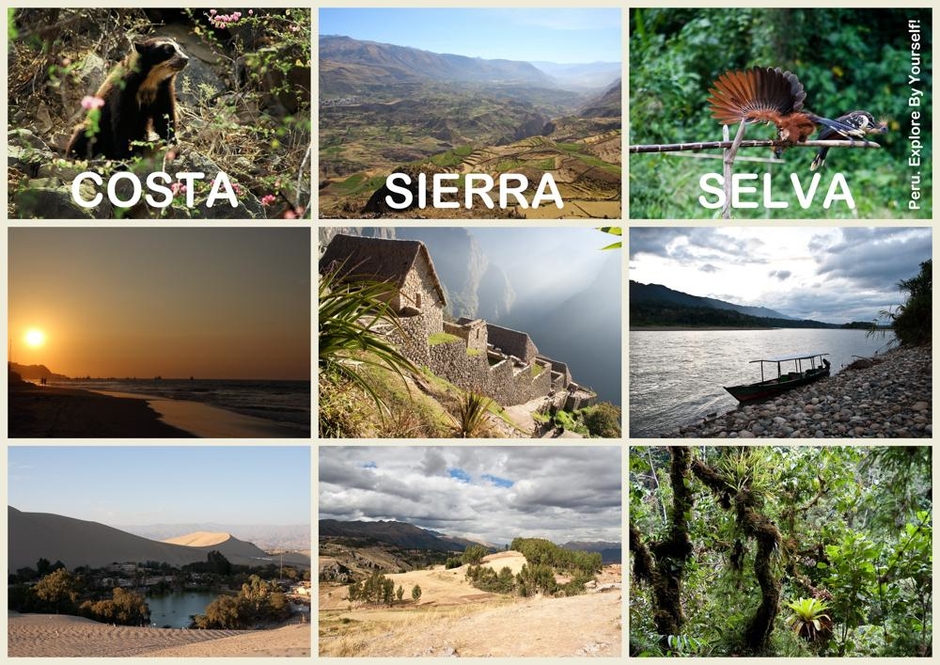 The Costa holds the beauty of Peru’s Pacific coastline, the conservation area with large variety of birds and marine animals (Parakas National Reserve and Ballestas Islands). It is here we find the coastal cities, the sand dunes used for sandboarding, and artefacts of earlier Indian civilisations (for example, the vast adobe city of Chan Chan built by the Chimu civilisation, the Sun and Moon Temples, Pyramids in Lambayeque Valley built by the Moche civilisation). Peru’s government is planning to invest a significant amount to develop the northern tourism route called “The Moche Route”, which passes along the coastline and includes visits to the main archaeological sites of Moche and Chimu civilisations.

The famous and mysterious lines of the Nasca desert, which are so huge that they can only be seen in all their magnitude from an airplane, are also located along the coast. 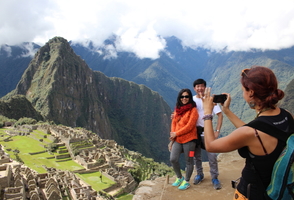 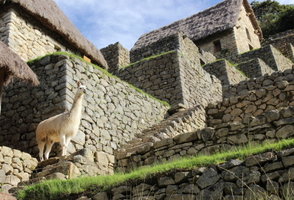 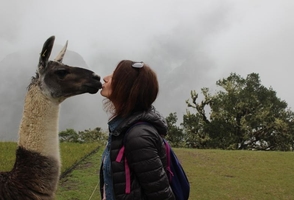 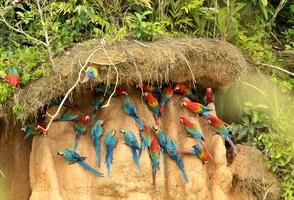 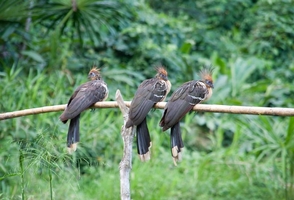 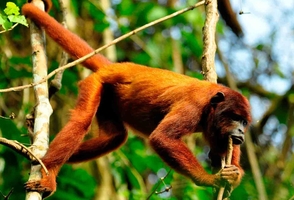 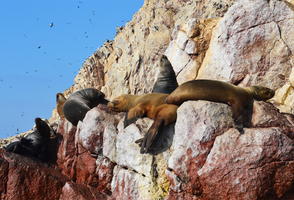 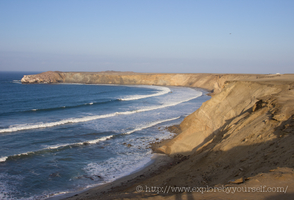 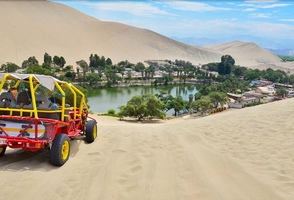 The Sierra was founding region of the Incan civilisation in the 12th century, and a place of great importance. The capital of the Inca Empire – Cusco is located near the Urubamba Valley in the Sacred Valley. Here the polished dry-stone walls built in classical Incan style and having withstood several earthquakes are found side by side with colonial Spanish architecture. The most famous monument of the Inca Empire, Machu Picchu, is also located here in the Andes and was never discovered by the Spanish.  In 2007, Machu Picchu was voted one of the New Seven Wonders of the World.

The remnants of the city's Inca past can be seen everywhere simply by walking the streets: the functioning waterways, amazing irrigation systems, ruins of temples, dwellings and salinas, “experimental laboratories” used for agricultural purposes, and many other examples of excellence of the Incan civilization.

There are many natural landmarks here! Colca Canyon the second deepest canyon of the world is located among the snow-capped peaks of the Andes. Lake Titicaca is a lake located on the border of Peru and Bolivia. It sits 3,850 m (12631.23 ft) above sea level. The remnants of an ancient people, the Uru, still live on floating mats of dried totora (a reedlike papyrus).

Manu National Park is located on the border of the Sierra and the Selva and considered one of the biggest conservation areas. A total of more than 1000 bird species, 1200 species of butterflies and 200 species of mammals have been identified in the area covering more than 2000000 hectres (4942088 acres). 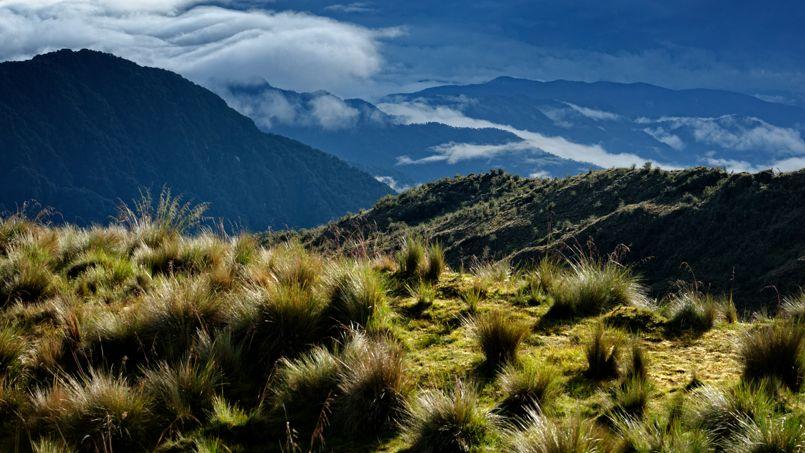 It may be difficult not to get confused with such a variety of options to choose from! 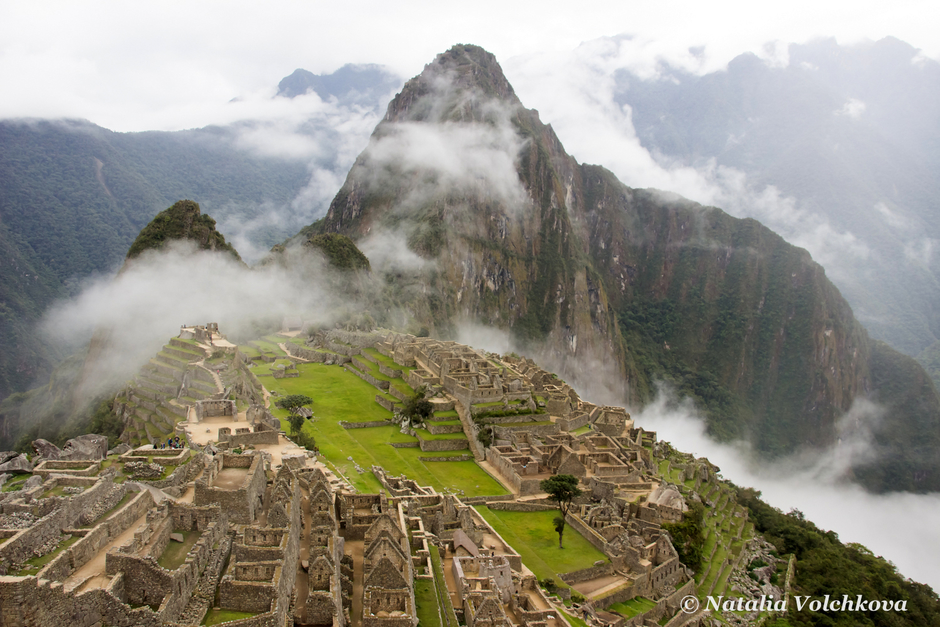 The Selva – jungles, Amazon, is the dream of travellers! More than 700 tribes belonging to different language groups inhabit the Selva and can be observed going about their everyday life. There is an unbelievable diversity of flowers and plants, animals, birds, fish and butterflies! Here you can see river dolphins, caimans, and anaconda; catch piranhas and enjoy the beautiful sunrise or sunset of the Amazon. 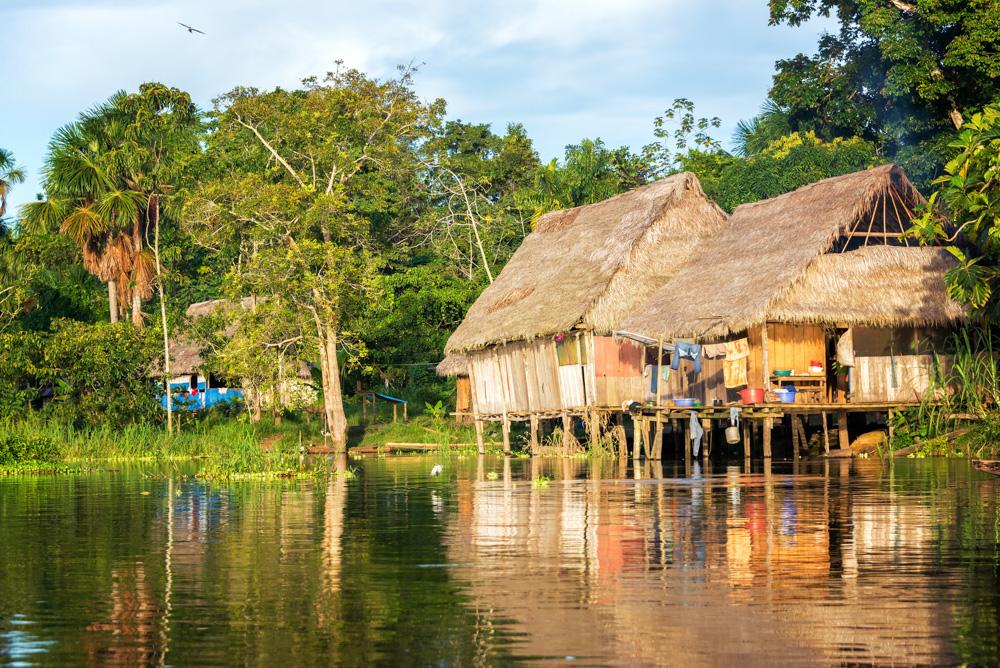 The climate of the Costa (coastal area) is quite hot (average annual temperature – 20C (68F)) and dry.

There are 2 seasons in the Sierra (Andes) and the Selva (jungles): the dry season and the rainy season. The dry season is between April and the end of October. The temperature in these regions is almost constant all year round. In the summer (April to November) in the mountains it is about 20-23C (68-73F), sunny and dry during the day and somewhat colder at nights – 6-12C (42-54F). It is hot and very humid in the jungles (30-35C (86-95F)). 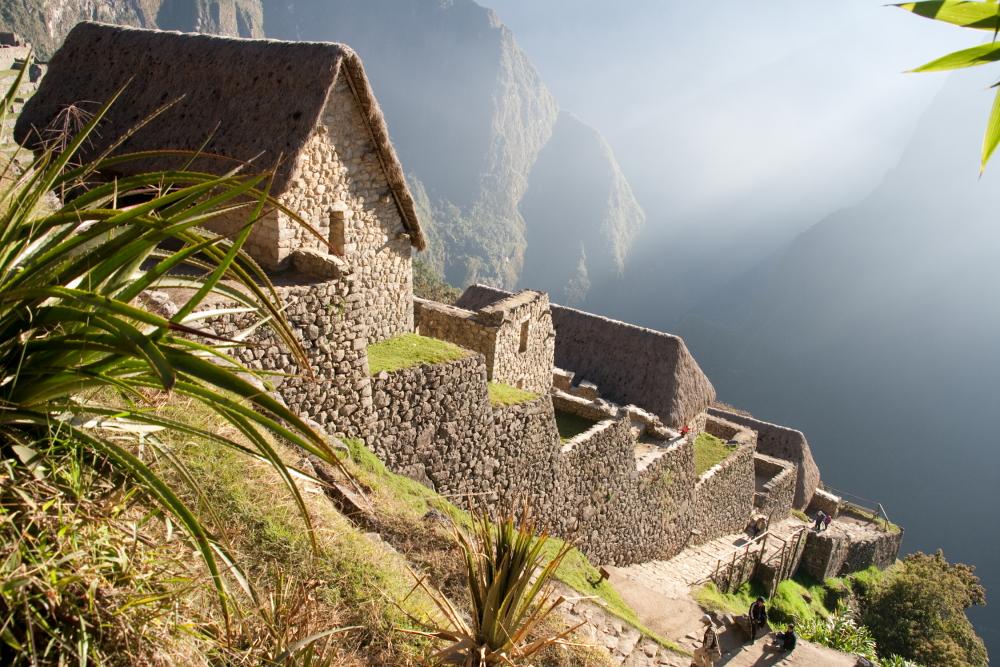 
Ask a question or book a tour 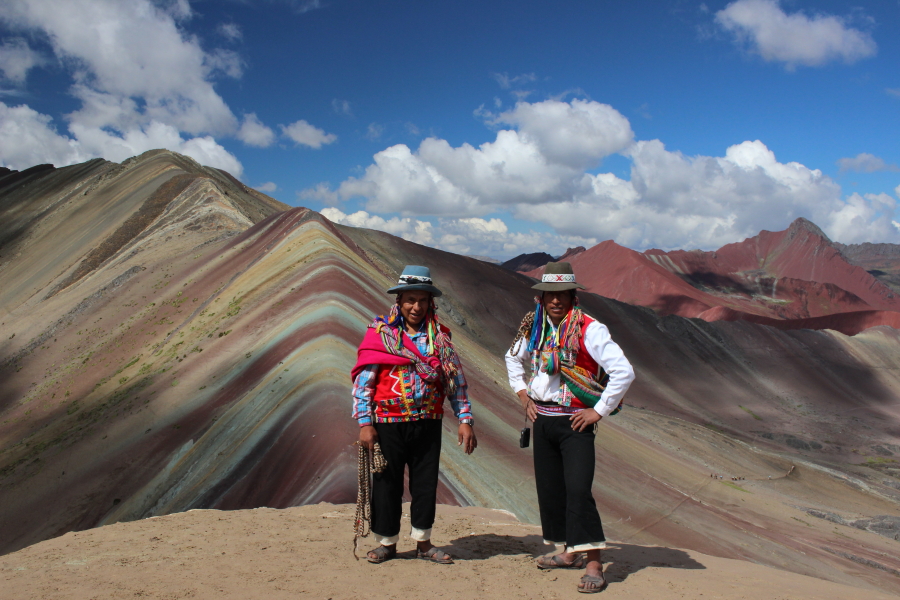