Choquequirao is a second “Lost City of the Incas” after Machu Picchu. Choquequirao means "Cradle of Gold" in Quechua. This city is similar in importance to Machu Picchu. Choquequirao is famous because it had a convenient location and was the last bastion of resistance and refuge of Manco Inca Yupanqui (also known as Manco Capac II), the leader of the Incas resistance against Spanish occupants. All tactical approaches to the city were well within view and prevented the Spanish from capturing Manco Inca. 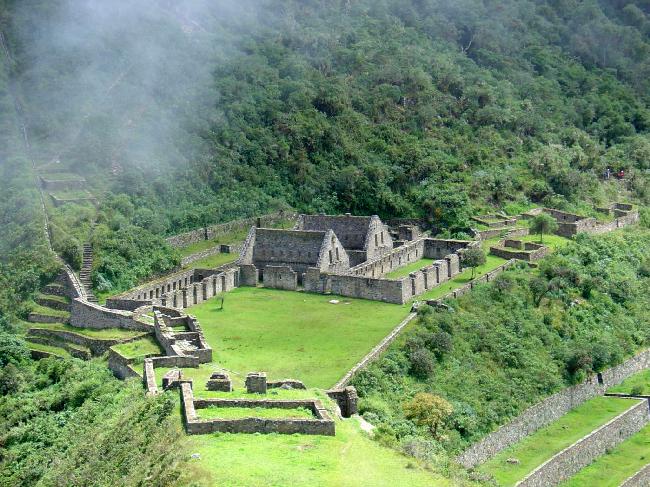 Choquequirao sits 3,085 m (10121 ft) above sea level and situated amongst the spurs of the Salkantay Mountain Range above the Valley of the river Río Apurímac (1,750m (5,741 ft)). This city is similar in structure and architecture to Machu Picchu. It was discovered long ago (the first references are dated 1870), but the first excavations started in the 1970s. The complex is 1,800 hectares, of which only 40% is excavated. This huge “eagle nest” kept the attention of romantic historians for one and half centuries. The earliest reference to Choquequirao is notes made by Pablo Jose Oricain in 1790. Later, during the early days of the Republic of Peru some rich landowner senor Tejada, who owned these steep mountainous slopes, was looking for treasure here.

The attraction of this lost city brought the French explorer Eugene de Sartiges to Choquequirao in 1834. The next visitor to Choquequirao was another French scholar Leonce Angrand who made his way to these remote ruins in 1834 through the forests. Angrand was attracted to Choquequirao by legends about “countless treasures hidden in the ruins by the Sons of the Sun who fled to this wild location of refuge”. Angrand measured buildings in these ruins and noticed on one wall in the central square a row of intriguing embedded stone rings. These rings are still there and look like a mooring place in some ancient stone pier. Probably they were used to tie something down and it lead Angrant to suggest that wild pumas were tethered here, as the pumas were the only animals requiring such strong rings. 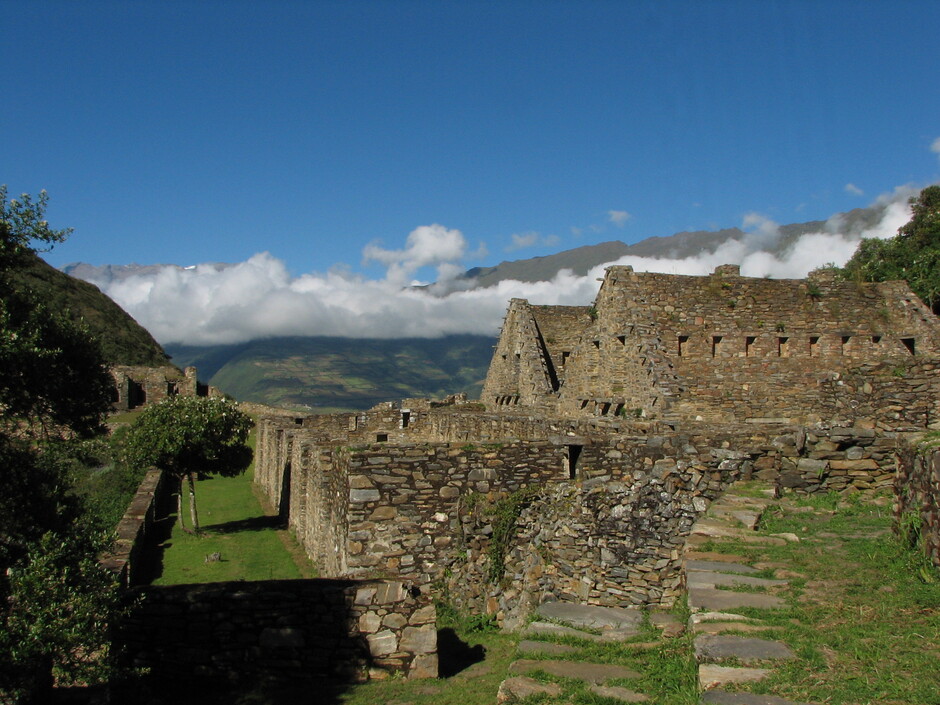 Interest in Choquequirao reached its peak in the first decade of the 20th century. J. J. Nùñez, prefect of the Province of Apurimac, raised thousands of dollars and led a massive treasure-hunting expedition towards the ruins. He succeeded in reaching Choquequirao, but left without making any dramatic discoveries. Shortly after this, in February 1909, a young American called Hiram Bingham visited the site. He made the giddy descent to the Apurimac, crossed the new bridge and spent a couple of days sketching and photographing the legendary ruins.

The only way to visit the site is to go on a scenic 2-day hike from Inka Trail. Therefore Choquequirao receives far fewer tourists than Machu Picchu and only few people have an opportunity to enjoy the beauty and harmony of Choquequirao in a quiet and relaxed atmosphere. 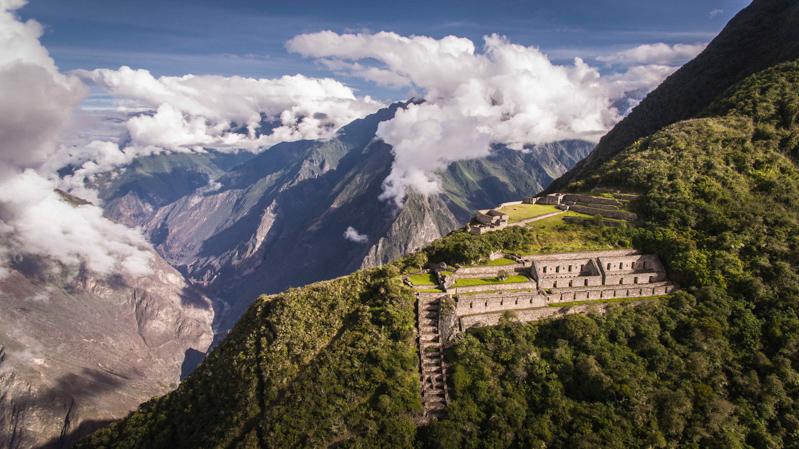 The difficulty level of Choquequirao trek is higher than the famous “Inca Trail to Machu Picchu”. Often 30 km (18.6 miles) long ascent to Choquequirao starts in Cachora village. This trek passes through various climate zones and has significant elevation changes. Usually, the tours run 4 or 5 days. This trek is recommended only to physically fit people.

The route to Choquequirao is exceptionally picturesque: the travellers cross Apurimac Canyon, pass near glaciers and the ecology passes through those radical Andean changes from tropical to alpestrine. The exceptional variety of flora and fauna species is possible due to special climatic conditions. One can see condors, different species of rabbits, foxes, puma, bear, hummingbirds and even cock-of-the-rock – the symbol of Peru. The most distinguished plants are gigantic ferns and numerous species of orchids.