Home / Peru / Points of interest / Sacred Valley of the Inkas

The Sacred Valley of the Incas or Urubamba Valley in the Andes is the place of birth of the Incas civilisation. Due to its special geographical qualities, the valley boasts exceptional fertility and good climate even when other regions of modern Peru are suffering from longstanding droughts. Researchers believe that this easy supply of agricultural provisions enabled the Incas to free part of the population from farming, and in the 11th century they began occupation of nearby territories and established the Great Inca Empire Tawantinsuyu (In Quechua Tawantin Suyu, Tawantinsuyu is a descriptive term indicating a union of provinces).

Places to visit in Sacred Valley

Archaeological complex of Pisac is one of the most important complexes of the Valley. It is located about 35 km from Cusco on Vilcabamba Peak. According to Incas traditions the cities were built in the form of sacred animal or bird. Pisac’s shape is similar to a quail. Pisac consists of two parts: the city itself and temple and agricultural terraces. This city is famous for its astronomical observatory. Also the Incas buried their dead in the mountains near the village; researchers found mummies in the fetal position (the dead were placed in this pose for birth into the next life).

In addition to the Incas part of the city located high in the mountains, there is also a colonial Pisac. This is a town built by Spanish in Vilaconta Valley (which is known as Urubamba in the lower reaches). It was built as a reservation for Indians where the occupants could easily control and convert them to Christianity. 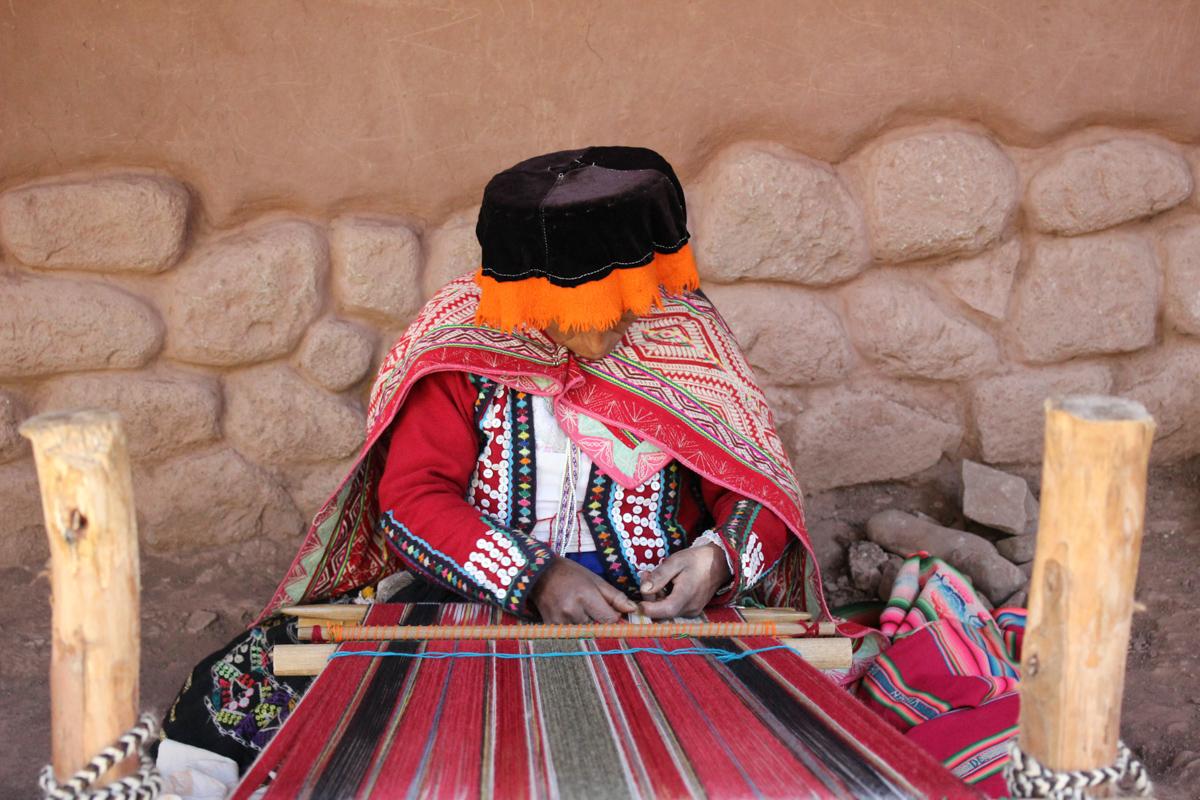 Chinchero was the place chosen by Inca Tupac Yupanqui to establish his residence. Today Chinchero is interesting for the colonial church built directly upon the walls of the Incas Temple of Sun. This Catholic Church is an amazing symbiosis of both Spanish colonial and Incan cultures. Inside it is covered with classical Christian paintings combined with traces of Incas culture and religion. Outside the Christian cross with carved Incan symbols is installed on the staged base symbolising Pachamama Goddess (the Mother Earth).  There is a small handicraft market outside of the church where you can find good bargains.

This town is well known for its nearby salt evaporation ponds, in use since Inca times. The highly salty water emerges at a spring, a natural outlet of an underground stream. The water is allowed to “stand” in the pond, where it will evaporate leaving the salt behind. The ponds are filled then allowed to evaporate several times to allow enough quantity of salt to accumulate. 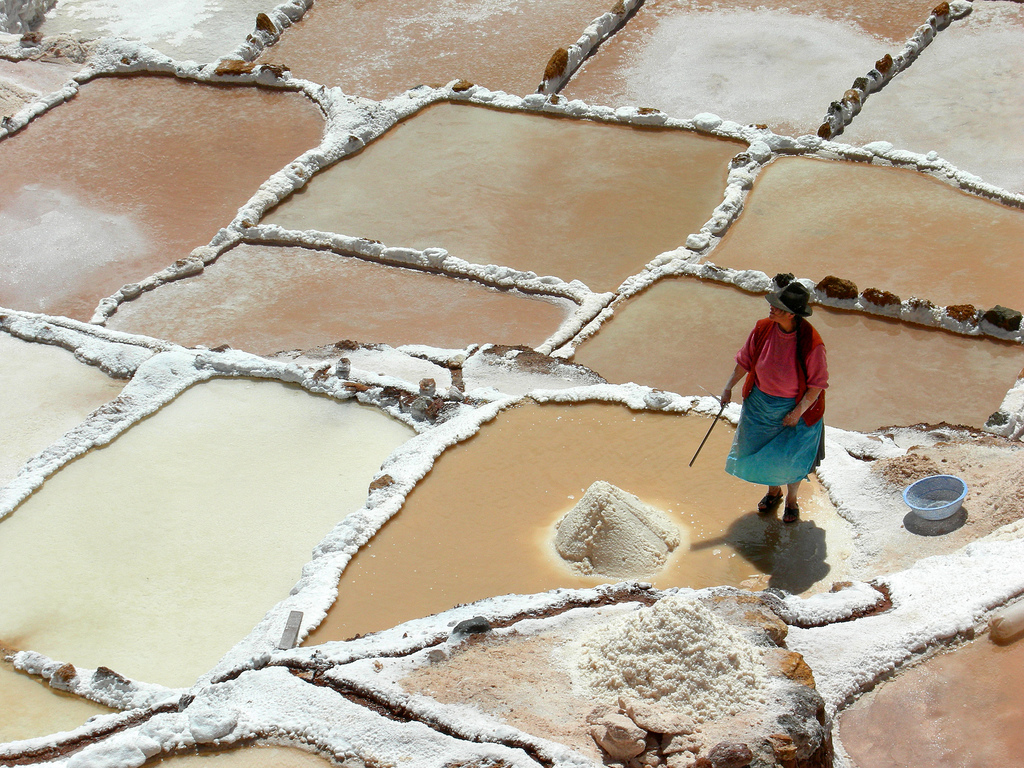 These amazing agricultural terraces mostly consist of several enormous circular depressions. The complex is located on a plateau at about 3500m (11482.94 ft) above sea level.

Each level of terraces has its own microclimate: the temperature and wind force of terraces are different. The difference between the lowest and highest levels is equal to the difference between sea level temperature and 1,000m (2,380.8 ft) height level temperature. Experts think that the Incas have experimented with agriculture at Moray. They must have tried out different altitudes, temperatures and soil types for the plants in order to obtain the best results possible. The best seeds and tubers were sent to the regions with most favourable climate for them. Thus, the Incas managed to increase productivity. 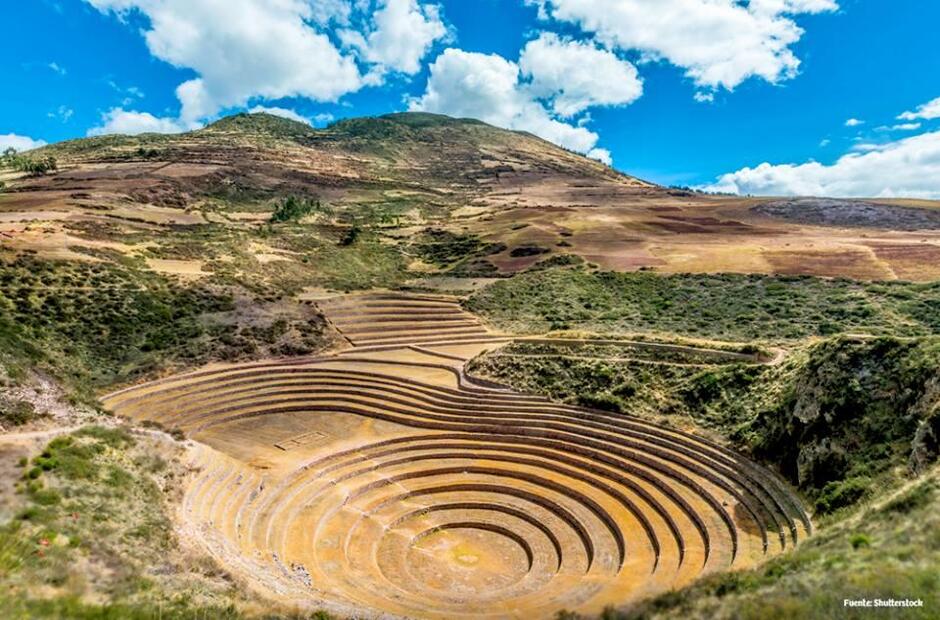 The ruins of the Palace of the Inca Huayna Capac are situated on the outskirts of the modern town of Urubamba. It basks in one of the warmest and sunniest microclimates in the region, significantly different from Cusco climate. At the king's bidding, an army of men and women moved the Urubamba River to the southern side of the valley. They levelled hills and drained marshes, then planted corn and other crops such as maize, cotton, peanuts, and hot peppers from far corners of the empire. The residence is so huge that Huayna Capac entertained his guests with hunting without leaving the residence!

This town is located some 90 kilometres northwest of the city of Cusco. Emperor Pachacuti who conquered the region destroyed old buildings and built the town and a ceremonial center. The town is located on the way to the jungles; and Manco Inca, the leader of the native resistance against the Spanish used this road to withdraw with his treasures and mummies to the heavily forested site of Vilcabamba (which was never found). 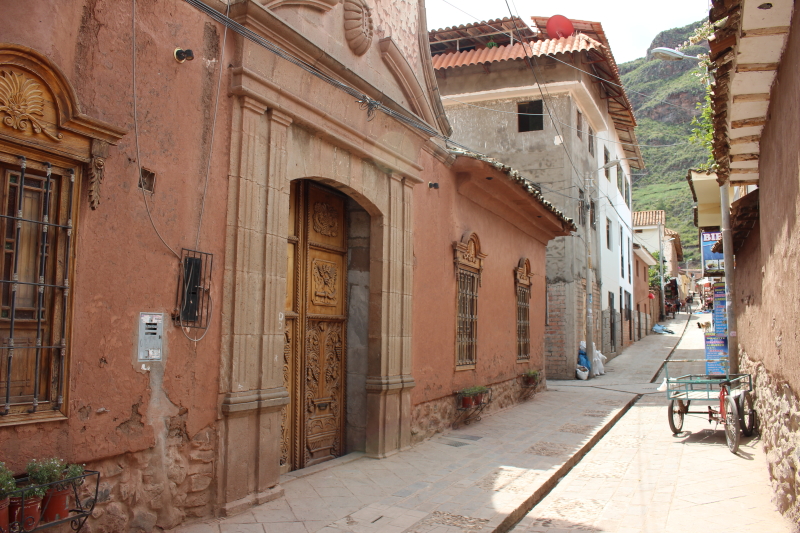 Ollantaytambo dates from the late 15th century and has some of the oldest continuously occupied dwellings in South America. The city layout and household organisation are also interesting. The main settlement at Ollantaytambo has an orthogonal layout with four longitudinal streets crossed by seven parallel streets.

All blocks on the southern half of the town were built to the same design: each comprised two walled compounds with four one-room buildings around a central courtyard. Several families lived here. The town still uses the water supply system built during the reign of Pachacuti.

A set of agricultural terraces start south of Ollantaytambo. The Incas built several storehouses (existing to present days) out of fieldstones on the hills surrounding Ollantaytambo. Their location at high altitudes, where there is more wind and lower temperatures, defended their contents against decay.

Machu Picchu (in Quechua Machu Pikchu means "Old Mountain") is an enigmatic city of the Incas built in the middle of the 15th century. It is located about 100 km from Cusco, the Incan capital, and hidden in the Andes so that the Spanish colonizers never found it. We discovered this city in 1911 thanks to the American scientist from Yale University, Hiram Bingham. However, if truth be told, the local population always knew about Machu Picchu, but was in no haste to share this information with strangers.

In 1983 UNESCO designated Machu Picchu as a World Heritage Site and since 2007 Machu Picchu has been one of the Seventh New Wonders of the World. 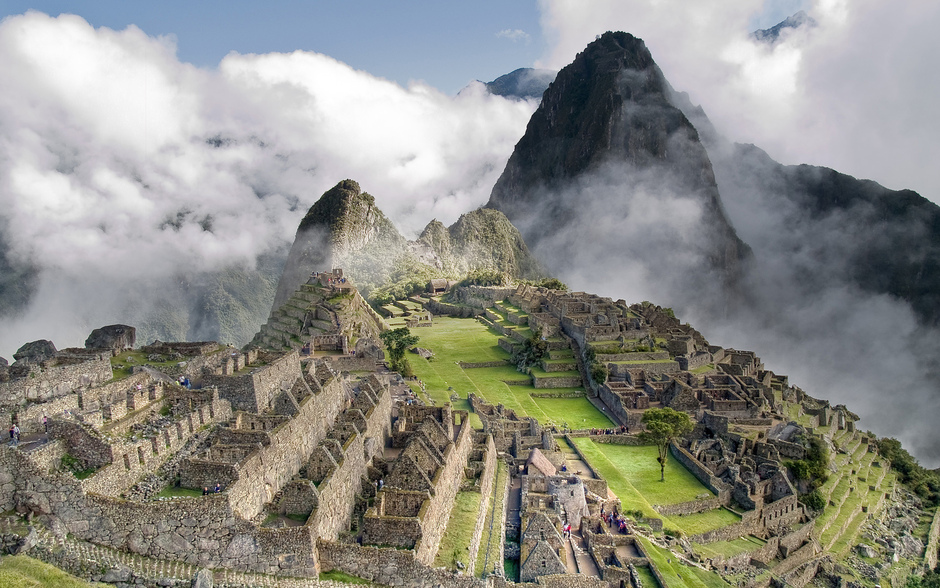