Machu Picchu (in Quechua Machu Pikchu means "Old Mountain") is an enigmatic city of the Incas built in the middle of the 15th century. It is located about 100 km from Cusco the Inca capital, and was hidden in the Andes and never found by the Spanish colonizers. We found out about this city in 1911 thanks to the American scientist from Yale University Hiram Bingham. However, if truth be told, the local population always knew about Machu Picchu, but was in no haste to share this information with strangers.

The history of the discovery of this city is very interesting: the fact is that Bingham's goal had actually been to locate another city – the legendary Vilcabamba , where according to the legends of Inca the local population hid most of their treasure and royal mummies from the Spanish conquest. Bingham was wandering in the mountains looking for some traces of this city and met a boy on the road who was carrying a ceramic jug. Bingham as a scientist immediately understood the significance of the jug and asked the boy where he got it. Adult locals avoided discussions of their secrets with strangers, but the boy, in his innocence led Bingham up to Machu Picchu. 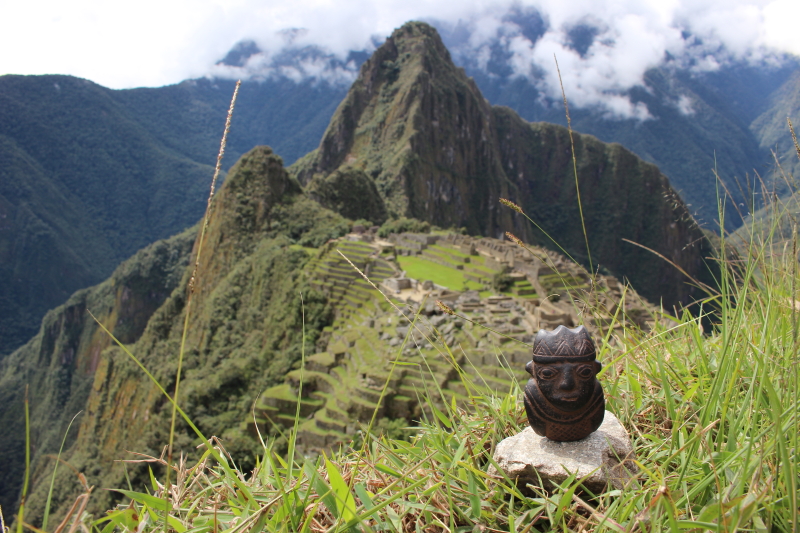 Machu Picchu blends splendidly in the landscape, therefore it is often called “the city in the skies” or “the city in the clouds”. Triangular roofs of the buildings look as a part of the landscape. It is an engineering and architectural masterpiece: to build such a city the builders must have had the extensive knowledge of topography, geology, astronomy and ecology: natural slopes were used during construction, while the construction technology ensured the stability of the buildings even in the case of inclination of the rocks, or during an earthquake, for more than 400 years. Today the construction of Machu Picchu seems unbelievable – the stones were brought from distant quarries: they were pushed down inclined planes, slid on logs and then crafted so perfectly that it is said not even a blade of knife fits between the stones!

In 1983 UNESCO designated Machu Picchu as a World Heritage Site and since 2007 Machu Picchu has been one of the Seventh New Wonders of the World.

Purpose of the city

It's a mystery what the true purpose of Machu Picchu was. According to the documents of the 16th century it was a royal retreat for the Incan great Emperor Pachacuti (1438-1470) and after his death it became a place where the noble families of Cusco were sending their children for education. Men were studying astronomy, while women were learning textile. Another version stipulates that the city had military and defensive purpose: first, it maintained control over the tribes subordinate to the Incas and second, Machu Picchu controlled the access to the fertile tropical and subtropical regions, cultivating fruits, pumpkins, coca leaves and various healing herbs, which were the most important products of the time. 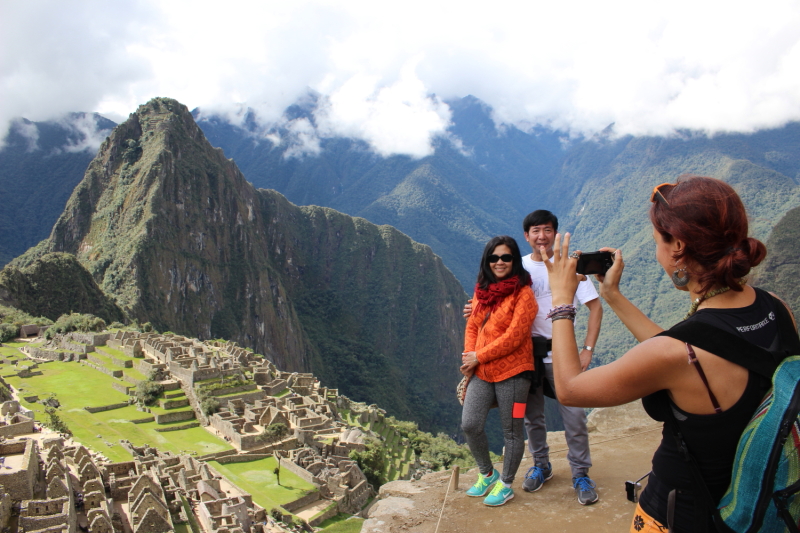 The city existed for a little more than 100 years, that is, until 1532 when the Spanish colonizers invaded the Empire. By that time the inhabitants of Machu Picchu mysteriously disappeared. One of the theories is that Machu Picchu was receiving products from the capital city Cusco and after invasion by the Spanish the product delivery had ceased and the hunger made inhabitants leave. Another theory stipulates that 5000 inhabitants belonging to the common class went to war with Spanish, while 3000 nobles retreated to legendary Vilcabamba taking all treasures with them. But, it may be that the reason for disappearance is something else….

2011 was the 100th anniversary of the “formal rediscovery” of Machu Picchu by Yale professor Hiram Bingham. After rediscovery the professor had studied it as much as he could and took a large amount of the discovered artefacts to Yale. Since then the Peruvian government and the USA were in negotiations for the return of the artefacts and in 2010 an agreement was finally made. More than 4000 artefacts have been returned to Peru in 2011 and have been exhibited in one of the museums of Cusco. 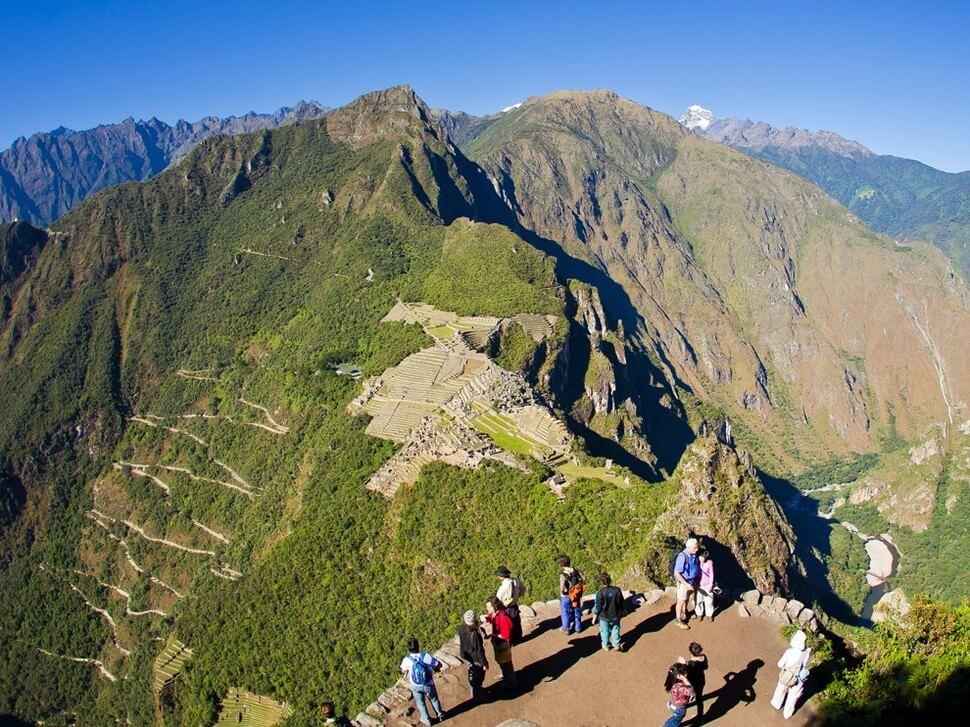 Waynapicchu is a mountain in the background of all those classical shots of Machu Picchu. In Quechua it means “Young Mountain”, while “Machu Picchu” means “Old Mountain”.

There are many dwelling and temples in Waynapicchu. It is a quite dangerous walk up and only physically fit people may decide to take it. Many wish to climb the mountain, but only 400 people per day are allowed to make the climb. In order to climb Waynapicchu you now have to buy a new combined Machu Picchu - Waynapicchu entrance ticket. 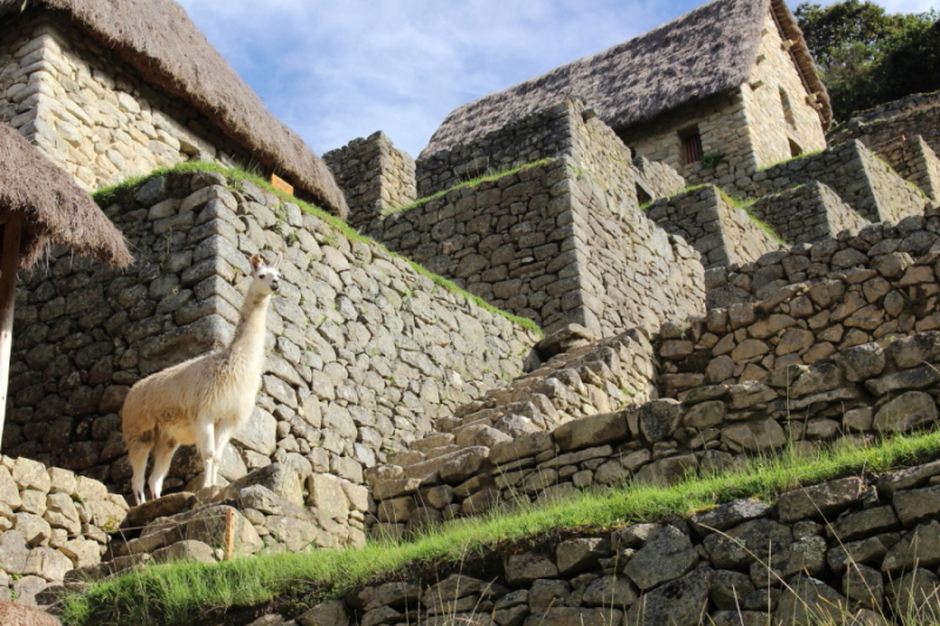 How to get to Machu Picchu

Machu Picchu is located near Aguas Calientes. You can take a train from the Ollantaytambo station, which is an hour drive by bus from Cusco.

But the most popular way of getting to Machu Picchu is hiking The Inka Trail.

Please note the limit of tickets. Book your tour in advance!

Rules for Machu Picchu in 2019

The Ministry of Culture of Peru has issued new regulations for 2019 in order to help conserve and maintain this historical site in the most pristine conditions possible.

Here are the main points of these rules:

Types of the tickets and Timeshifts: