Cusco (Cuzco, Qusqu, Qosqo) is a city with a rich history. It was the capital of the great Incan Empire for 200 years, but excavations indicate that it was inhabited as much as 3000 years ago.

The Inca referred to their empire as Tawantinsuyu, (in Quechua Tawantin Suyu, Tawantinsuyu means "four parts together”)  The empire was divided into four suyus, whose corners met at the capital, Cusco (Qosqo). They did not know other countries, did not travel beyond the seas; their land was the entire world and Cusco was the centre of this world. This explains one of the versions of the word “Cusco”. It can be translated as the “Centre of the World; the Navel of the Earth” from Quechua. Another version of translation of the name is “The Place of Ashes”, i.e. the place of ritual sacrifice. All main temples of Incas were in Cusco and all significant religious ceremonies were also held here. How did the Spanish conquistadors see Cuzco upon arrival to this country in 1533?

It was a prosperous city with magnificent temples, squares, and wealthy houses of the royal family, with their attendants and other nobles. Saphi River crossed through the central square and divided the city into two sectors: upper (Hanan) and lower (Urin). Many believe that the city was planned as an effigy in the shape of a puma, a sacred animal. The head of the puma was the Saqsaywaman sector, located above all other parts of the city.

After arrival to Cusco the Spanish invaders changed the entire image of the city. The Spanish destroyed many Incan buildings, temples, and palaces. They used the remaining walls as the foundation for the construction of a new city. The Spanish churches were built using the stones from demolished Incan buildings.  The incredible colonial constructions built upon Inca foundations, have created a unique mestizo style of architecture, and this influence can be seen throughout the city’s culture and art. History of the city

There are many legends about the origin of Cusco. One of them tells how, Manco Capac and his sister and wife Mama Ocllo emerged from the waters of Lake Titicaca with the mission to look for the promised land where the gold staff given to him by his father the Sun, would sink in the ground as a sign of fertility. In another version of this legend the Incan ancestors – four siblings and their sister-consorts emerged from the cave in one of the islands of Titicaca Lake. One of them was Manco Capac who founded the city of Cusco and laid the foundation of the Incan Empire.

Cusco is the place of foundation and end of the great Tawantinsuyu Empire.  In 1572 the last Inca stronghold was conquered, and the last ruler, Tupac Amaru, Manco's son, was captured and executed. This was the fall of the Inca Empire. 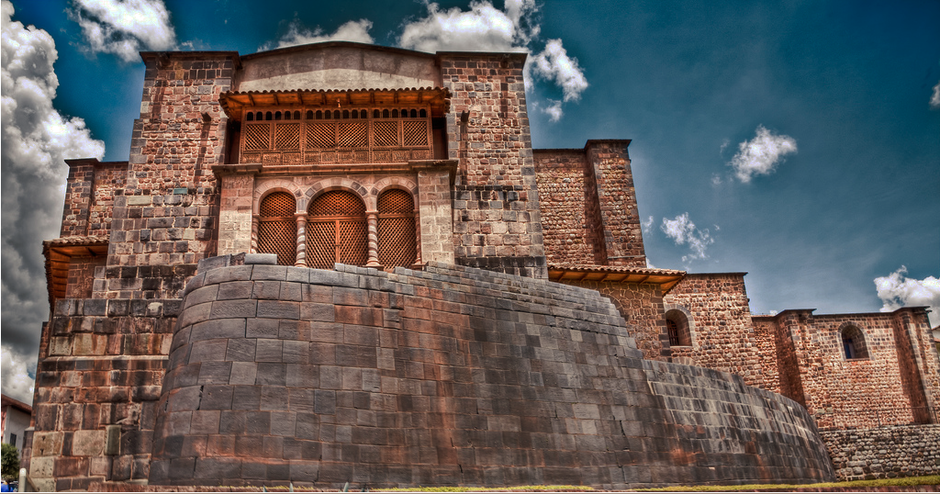 What to see in Cusco?

There are many interesting museums in Cusco. Here are some of them:

The Museo Inka (Incan Museum), also known as the Archaeological Museum of Cusco, contains artifacts that trace Peruvian history from pre-Inca civilizations and Inca culture to the impact of the Conquest and colonial times on these native cultures.

The mansion was built on top of an Inca palace at the beginning of the 17th century and was once the palace of Admiral Francisco Aldrete Maldonado.

Museum is open every day

The extraordinarily crafted Temple of the Sun at Koricancha (Koricancha means "courtyard of gold" in Quechua) was the most sumptuous temple in the Incan Empire. Dedicated to worship of the sun, the most important deity in the Inca's naturalistic pantheon, the temple complex was a glittering palace. In addition to hundreds of gold panels lining its walls, there were life-size gold figures, solid-gold altars, and a huge golden sun disc. The mummies of the Incan nobles were kept here and used during the religious ceremonies. After the Spaniards looted the temple and emptied it of gold, the exquisite polished stone walls were used as the foundations of the Dominican Convent of Santo Domingo, but some parts of the original temple still remain.

The museum is open every day. This small, but informative museum tells a fascinating account of the now infamous coca leaf. Your journey begins with the pre-Inca cultures to whom the leaf was considered sacred. Medicinal values and benefits are well explained before moving through to the modern day and the dramatic impact of the cocaine industry. 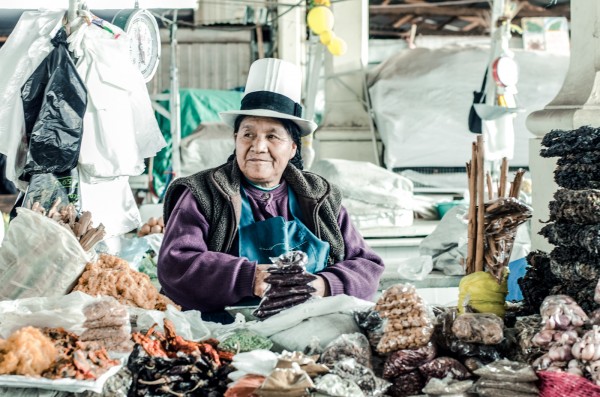 The Cusco Planetarium is located in the city of Cusco 3350 meters above sea level, and brings the city nearer to the sky and the Gods. Stars played a significant role in the development of all great civilizations and the Incan Empire was one of them. 'Planetarium' is a company that offers night outings to the place where you can observe the stars. They will tell you about Incan astronomy, the constellations that were most important to them, and how the movement of stars regulated the life of the Incas.

Excursions are organized every day, but require a prior booking.

Peru is a producer and exporter of the cacao beans. In 2010 Peru won a prestigious award from the Salon du Chocolat in Paris for the most aromatic cacao beans.

In chocolate museum in Cusco you will learn about the process of making chocolate and even try the chocolate bars or hot chocolate. The museum organizes workshops where people can learn how to make their own chocolate and offers tours to cacao plantations.

Sacsayhuaman is located on a steep hill high above Cusco and was one of the districts of the city during the Incas time. Some writers also believe the complex was built specifically to represent the head of a puma, the effigy shape which Sacsayhuaman together with Cusco forms when seen from above. There are different versions about the destination of this district. For many years it was considered the fortress. However modern researches think that this was the residential area for wealthy nobles and had rich houses, temples and squares for religious ceremonies. Although the Spanish demolished the buildings and used the stones for construction of churches, the ruins of the district are still impressive! The walls with perfectly fit stones are about 6 meters tall. The estimated volume of stone is over 6,000 cubic meters. Estimates for the weight of the largest limestone block vary from 128 tons to almost 200 tons! It is assumed that about 20,000 people were working on the construction of the complex.

Today, on 24 June, Peruvians celebrate Inti Raymi, the annual Inca festival of the winter solstice and New Year, near Sacsayhuaman. 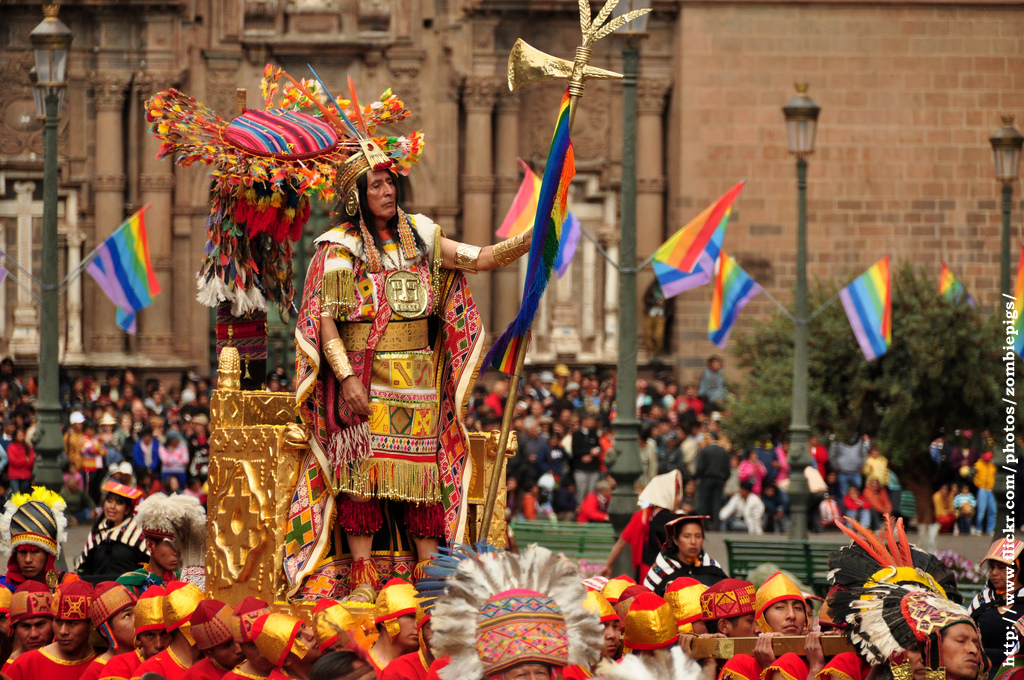 The statue of Cristo Blanco (White Christ) is located on top of a hill high above Cusco, Peru, near Sacsayhuaman. Cristo Blanco was built by a group of Christian Palestinians that were seeking refuge in Cusco in 1945. It was a symbol of their gratitude toward the city, and was their parting gift when they finally returned to their home country.

Located 6km from Cusco towards the Sacred Valley, Qenko is a strange Incan temple carved out a huge stone. Q’enko comes from the Quechua language and means “Labyrinth.” This name was given by the Spanish conquistadors due to its underground galleries in a form of maze. Kenko is built in a form of the amphitheatre and could be an altar or a tribune – the exact purpose of the place is not known.

Tambomachay in Quechua means place of rest. The name comes from Incan times. This “water resort” for Inca was built in 5-6 km distance from Cusco. In Incan times, this was a sacred site used for worship of the water deity and had magnificent channels, aquaducts, and waterfalls. The great engineering skills allowed the builders to intervene a fall and divide it into two identical water falls. It has even been proven that the same amount of water falls in each fall in a certain time – if you put a bottle under each fall they will be filled at the same time

The Sacred Valley – the place of of birth of the Incan civilization is near Cusco.

More details about the Valley and how to get there

Cusco is a starting point for the travelers going to visit Machu Picchu.

More details about Machu Picchu and how to get there 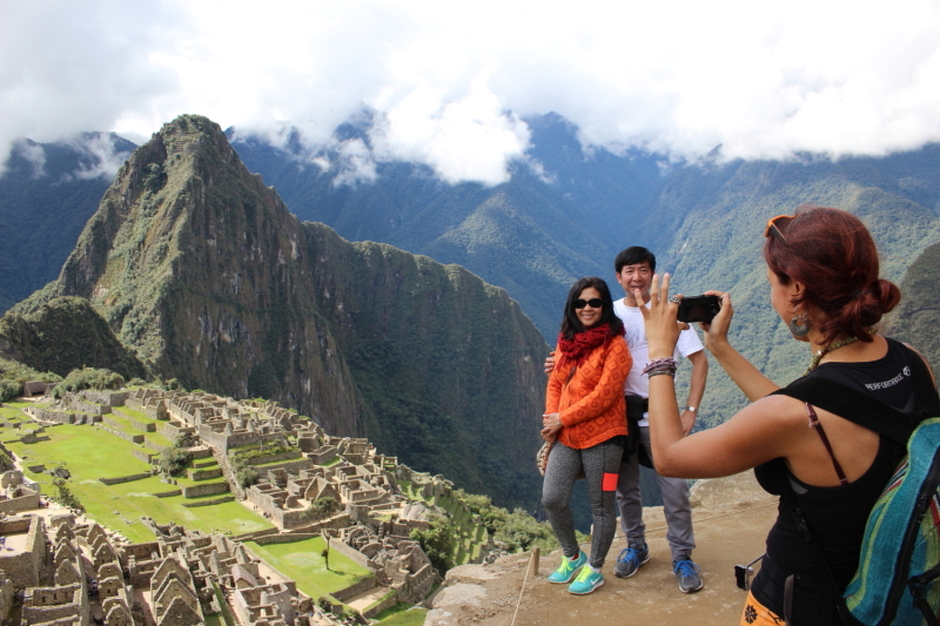 What is the best time to visit the Andes?

Dry season in the Andes is from April to September and this is the best time for traveling.

In the wet season (October to March), you can expect showers three to four afternoons a week, but they still organize tours. However, if you are planning to travel to Machu Picchu via the Inca Trail, you must remember that this route is closed in February.

There are numerous flights from Lima to Cusco, the flight usually takes about an hour. There are no direct bus routes, the shortest route is via Nazca and takes about 24 hours.